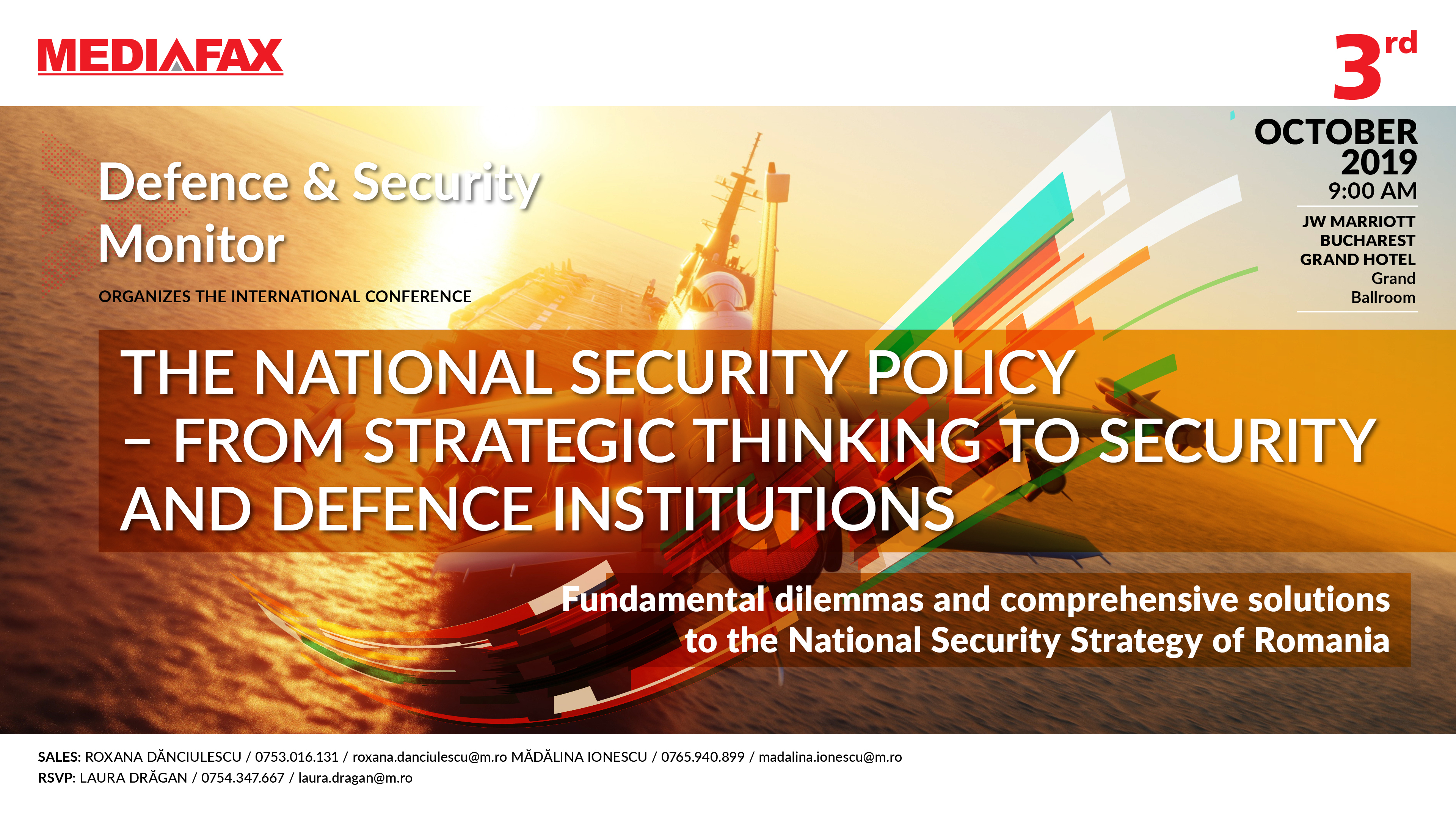 The value of the “national security” concept is postured not only by its ability to describe the fundamental landmarks of statehood - from the national identity up to the sovereignty and wealth of the Romanian people - but also by its strength in directing the national strategic directions, mobilizing country essential resources and motivating the entire nation.

National security has multiple meanings. It is deeply dependent on contexts and bears many ambiguities. Furthermore, it implies full political responsibility, demands a solid strategic culture, and claims its conscious assumption at the highest levels of authority within the polity. The greatness of national security stands from the effectiveness of cooperation and dialogue of the political, economic, and social actors of the country.

On the other hand, the national security policy is the guiding force for the other public policies. As a result, national security is the nation's most valuable public good. It confers purpose, requires strategic thinking, generates complex processes, and produces tangible and intangible effects in the long and very long term.

The answers to these questions are fundamentally dependent on the consistency and depth of the national security concept. A sound Romanian vision on national security and, implicitly a functional and effective national security architecture, can only result from an extended, honest, and non-partisan debate on its multiple values, incentives, and outcomes. In such a forum, the entire Romanian political spectrum, and the institutions responsible for national security must join the academia, civil society, and business environment to further provide identity and vitality to Romania’s national security.

The topics in focus start from fixing the meanings of the concept of national security for Romania, a member state of the European Union and NATO, located at “a critical intersection of east-west and south-north corridors,” on the NATO Eastern Flank and at the EU Eastern border.