What does “America first” mean? 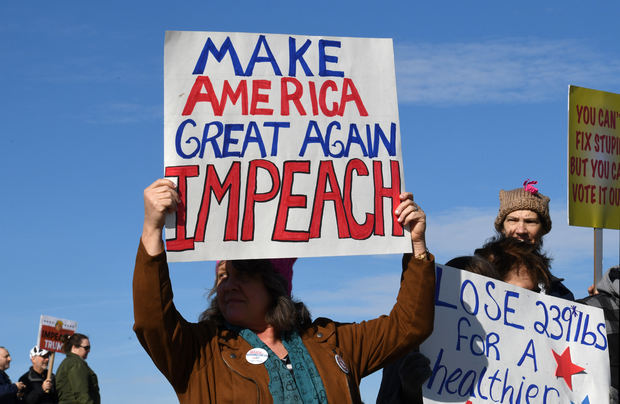 The “America first” catchphrase, used by the US president, Donald Trump, during his electoral campaign became, at the moment, a statecraft principle and a new approach method for the international relations. To a better understanding of US’s internal and foreign policy must be understood this catch phrase, but also the way it created a new US approach in the international relations. Could this lead to “Europa First”, “Russia First”, “China first”, etc., as official statecraft principles for other states or not? It depends only on their leaders or on the credibility of the state’s force?

The “America First” catchphrase was used for the first time by the American president, Woodrow Wilson, in his electoral campaign. It was then taken by Donald Trump in 2016, being used exactly with the same purposes and with the same success. After the election of the US president, on 20 January 2017, in his initial speech, Trump used this slogan repeatedly. After president’s first measures were taken, he transformed it in an action principle.

Although did not win this US presidency position through foreign policy topics, “America first”, based on nationalist and un-interventionist principles, was immediately received by the republican electorate, and even by a part of the democratic one. In a canvass offered publicly, made on 25.01.2017, after the inaugural speech, it was mentioned that 65% from the respondents had a positive response to this principle.

The federal budget for 2018 was offered to the public, was created by “Make America Great Again” and “America First” principles. The first catchphrase was not that used because was contradicting the enounced un-interventionist principles. Even if it is hard to say that Trump will not apply these interventionist policies. Probably, these will not be preponderantly military, but it is possible to be economically or political.

In this category would be Trump’s support for the radical right party in Germany, to undermine Mrs. Merkel’s position, as Mrs. Rebecca Friedman Lissner, author of Washington Quaterly, from 2018’s spring, says. In this category stays also Trump’s aggressive policies against the Iranian leader, Rouhani, or the Syrian one, Bashar al Assad, to actually support Netanyahu. We can conclude that Trump will not use the interventionism principle as a first solution, but we cannot exclude the possibility of being used, when benefits US.

It is already obvious that Trump’s intention is to create the basis of a new international order. It was known until now the syntagma “new world’s economic order”. As we can clearly see, the term used now is “new world’s international order”, and this means economic, but also political transformations. The US president starts this transformation process by applying the “America First” principle, as an American component of this new international order. This principle combines the American traditional principles, based on nationalism and nativism, with US president’s instincts, which are in the same category. Actually, we are talking about bringing a lifestyle at a high policy level, based on the lonely cowboy’s principles who wants to make justice on his own. Applying such principles has a risk generated exactly by this cowboy’s isolation mentality, so US’s isolation.

Yet Donald Trump is convinced that, in the actual circumstances, the isolationist policy cannot be accepted either on an intern plan, nor a foreign one, so he hopes, through the way the takes actions, to avoid the isolationism that a lot of analysts already accuses him for.

Applying the “America First” principle involves also modification in US’s international policy, by applying a cynic unilateralism, which follows strictly its national interest. This means withdrawing US from various multinational treaties, which is actually happening in the present. This option asks firmness and offensive diplomacy.

Trump’s policy is not something new in US’s history. Since the first years of this republic, George Washington and Thomas Jefferson were putting the attention over the danger that the permanent alliances are, which could affect the national interests and can lead to some compromises regarding US’s sovereignty and freedom of action.

“America First” policy, in order to avoid the isolationism, wants to develop international relations by developing them at a bilateral level. These could be formed, considering country’s needs or the group of countries needs they negotiate with, but also considering their vulnerabilities. Trump acts calmly in bilateral meetings because he has a lot of experience in negotiating successful businesses. We already know that he applies classic negotiation methods, which had success in the economic relations. Now, the high-level policy trades to same methods. For example: the negotiations regarding the financial contribution of Alliance’s member states. Initially Trump insisted for the 2% of GDP from each state, producing a lot of debates. When he asked for 4% from GDP, the previous discussion about the 2% ended quickly.

The same negotiation methods as the one used in NATO’s financing, was applied by Trump regarding the US’s import costs for steel and aluminum, affecting with this method the auto industry in Europe’s Union, Germany’s mainly.  At the recent meeting from the White House, between Trump and Jean Claude Juncker (the European Committee’s president), the American leader announced that the import taxes from EU will be zero, excepting the products for which US already augmented the costs. Although, in essence does not change much in the tense relation with the EU, the US leader continues to be open to negotiate. Juncker’s enthusiasm was not shared also by the west European powerful states, France’s president saying that he is against closing a commercial treaty between US- European Union.

The world became, in the last 10 years, a multi-polar world.  Baltimore is no longer the biggest commercial harbor in the world. We also have now Shanghai, Doha, Rotterdam, etc. Not only Wall Street is world’s financial center, but also Taipei, London or Hong Kong. Not even Las Vegas or Atlantic City are no longer the only gambling capitals. Macao is way beyond these. Fahreed Zacharia’s book, “Post American World” gives prominence to all of these things, underlying that the world remained only military and security speaking unipolar. US, by continuing to spend more and more in this domain, maintains its supremacy in this area. Howbeit, Trump does not want US to continue to be seen as the “world’s gendarme”.

Regarding defence and security, Trump starts from not agreeing with US offering for free the security of other states.  US will help, only regarding the military area, the states he have a strategic partnership with, but only after seeing if these states made their best in developing on their own their defence methods. If these use US’s military techiques, even better.

Trump’s administration possibility to assure the security of some states is just a result of a partnership based on political, economic and military relations.

Romania is one of the 6 NATO member states that accomplished its commitment in assuring the defence financing with 2% from GDP. Also, the Romanian army endowment was balanced, preponderantly with equipment from US, along with the one achieved from EU.

In US-Romania relation there is no doubt regarding their involvement in assuring Romania’s national security. The mutual trust, based on common fight mission in Bosnia and Herzegovina, Kosovo, Iraq and Afghanistan are the strongest arguments of the affirmation above. We do not have to forget that, in Kosovo, the US brigade was based on Romania’s intelligence structure, and in Afghanistan, a US campaign was subordinated to a Romanian battalion. US also saw that in the last 4 years, the spending for NATO’s program “Enhanced Forward Presence”, so that is another argument in the consolidation of US-Romania strategic partnership. Consolidating the trust and the limitary and intelligence partnership with similar structures of US, are guarantees of the strategic partnership between the two states.

From this point of view, Donald Trump, although accused to be unpredictable by some analysts, becomes actually predictable when US’s national interest can be identified on a specific issue, and when the used negotiation methods are very well known.

There is this question if other states of the world, obviously less powerful than US, would want to apply the same policy method. This depends of the negotiation force of the arguments. The leader of each states has to act for the national interest of its state. At the same time, it must be understood the national interest of the strongest state that wants to cooperate with. Combining these interests, through clever negotiation, is actually the key to success.