The Special Operations Forces (SOF) in the modern warfare 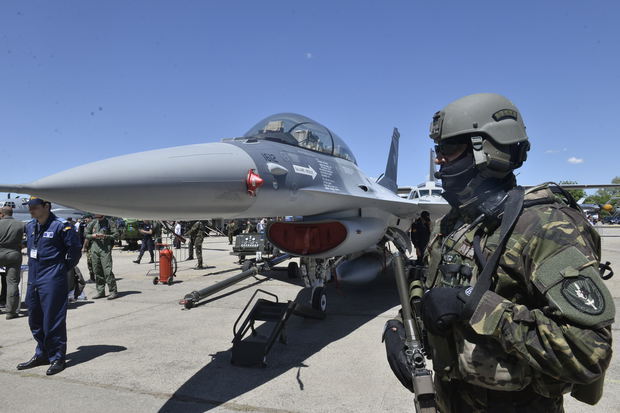 SOF representatives from various countries met at Fort Bragg, USA, between 21st and 23rd of August 2018, trying to draft the future of the modern warfare.

According to an article in The Fayetteville Observes, military leaders, US’ international partners, experts in the defense industry and important figures of the academic world participated at the Modern Warfare Symposium & Expo’s event co-hosted by the U.S Army Special Operations Command and the Global SOF Foundation, a non-profit organization bound for supporting SOF. The agenda included debates on different subjects like: multi-domain battle, the synergy between SOF and conventional forces, countering hybrid threats and tactics and using neuroscience (a field of science that deals, among other things, with the study of the neural bases of behavior - which causes people to do things they do) and the neurotechnology in national intelligence and defense.

Although the majority of military analysts agree the modern warfare is going to be different from what we have witnessed so far, we can tell that this will still be “the continuation of politics by other means” (Carl von Clausewitz), a mix of complex actions characterised by violence, after all, carefully planned, organised, commanded, and conducted by the human beings in their endless competition for scarce resources, where the artificial intelligence will play a decisive role.

As Mr. Seth Jones, director of the Transnational Threats Project and senior advisor to the International Security Program at the Center for Strategic and International Studies, was well saying during the symposium, in order to try to forecast the future of the modern warfare we must first look to the past. Comparing the modern age with the Cold War, he was noticing that the US continues to prepare for a confrontation with an equal enemy, or almost equal, to the Soviet Union, even if the conflict did not take place on a conventional battlefield, but fought through  surrogate forces (the American strategists insist on the non-pejorative meaning of the construct), clandestine and covert military assistance, and propaganda.

America thinks that this threat remained actual, although for the last 17 years (after the September 11, 2001 terrorist attacks) US’s military attention focused on countering terrorism (Afghanistan, Iraq, Syria, but also the African continent). Despite the continuous US global war on terrorism (US defense budget’s provisions for 2019 confirms it), with the publication of the new US National Defense Strategy, it appears that the focus shifted on competing with the big powers, equally or almost equally matched in strength adversaries, like China, Russia, North Korea or Iran.

An expert in counterterrorism, counterinsurgency, unconventional operations and covert action, Mr. Jones discussed the way that, in his opinion, the Beijing, Moscow and Teheran’s governments are using actions characteristic of the irregular warfare in order to increase their global influence and destabilize U.S and its partners. Comparing the recent Russian assassinations and disinformation campaigns with the similar actions from the last decades, he also noticed that Russia’s actual tactics and those of the Soviet Union during the Cold War looked a lot alike, Moscow learning from the mistakes that led to Soviet Union’s collapse, though. Among the tactics that Russia is using he also mentioned the cyber attacks used in the conflict areas like Ukraine or Syria.

In his opinion these are identified lessons about the actions from the Cold War period which can offer us a perspective on what will the modern war mean in the future, and in such unconventional conflicts the SOF will play a key role.

A very brief reflection on the modern war

Looking at what is happening globally, witnessing the rapid development of the information technology, one could estimate that the modern war will be less of a direct large scale conventional confrontation between the armed forces of some state actors, but more of a crisis management and conflicts resolution that will most likely require using some asymmetrical capabilities to conduct some hybrid actions, grouping and regrouping of the world in alliances, coalitions and partnerships, as well as the intense use of the military assistance concept and/or conduct of unconventional operations.

It is likely that such a conflict, well planned by the aggressor, undeclared, and that wants to reach the strategic objectives without breaking the rules of the international law, the UN Charter or the rules and principles of the war, and without triggering an overt confrontation, will try to exploit the vulnerabilities of the aggressed state actor in the so-called “Grey-Zone” at the intersection of the state of peace, crisis and war. These vulnerabilities can be driven by the lack of some proper policies or imperfect legislative provisions which are not making a clear distinction between the institutions’ roles and responsibilities (supported versus supporting roles), the lack of cooperation, coordination, and synchronization between the competent institutions in providing the adequate answer to such threats, or, why not, the lack of some interagency fusion centers/cells set up to plan and coordinate measures to counter hybrid threats, as well as some action arm elements ready to intervene, generated and operationalized (organized, manned, equipped, and trained) from early peace time.

Such hybrid threats which seek to exploit the vulnerabilities related to the economic or the resources dependency of a particular state actor, linked to weak and corrupt institutions, or to the existent ethnic tensions in a target state are not new actions. They have been used throughout the history of humanity to achieve strategic objectives and are learned lessons that help us to prepare for future confrontations. These may materialize, among other things, in espionage, cyber attacks, terrorist actions, information propaganda / aggression, the execution of snap military exercises and show of force, and / or unconventional military actions (including sabotage on critical infrastructures or subversion) and unassumed (with the use of so-called “little green men", members of military forces covered and unrecognized by any state actor), or more recently the recruitment and use, in influence operations, of structures similar to paramilitary, biker gangs, soccer hooligans, ultra-nationalists, or neo-Nazis (skinheads), all radicalized.

Countering hybrid actions specific to modern warfare does not automatically mean the use of military force, whether covert or unconventional, at least not at a first instance. In analysts' view, a combination of consistent policy, economic, information, and technology measures, community resilience increase, effective strategic communication, deterrence, and defense  actions can provide decision makers with solutions for a gradual response to a hybrid aggression.

By definition, SOF are structures that plan and execute special operations using unconventional tactics, techniques, and methods of employment across the spectrum of military actions independently or in conjunction with conventional forces in order to obtain the desired end state at the strategic or operational levels, even when there are important political risks.

At one point, political-military interests may require covert or clandestine actions, with the acceptance of risks unrelated to operations conducted by conventional military forces, and in such a scenario, the decision to use SOF will have to take account of the strategic justification and the availability of resources to support such an effort.

In support of providing an adequate response to such hybrid actions, SOF will improve the ability to rapidly project the force, as a force multiplier, able to operate across land, air, and sea and through an indirect approach, playing the role of the so-called "warrior diplomats” in the field of knowledge, information, or even cyberspace, contributing inter alia to:

The fifth SOF truth says that the majority of the special operations need the support of the conventional forces. We have to admit that without a comprehensive, interagency approach, characterized by the collaboration of SOF with other agencies, services, international partners, as well as with members of the civil society and the industry, we cannot talk about gaining any competitive advantage in the context of the modern war.

Moreover, as the US Army Special Operations Command commander, General Lieutenant Francis M. Baudette remarked during the symposium, the SOF must keep up with the rapid advance of mankind, and the SOF operators deployed outside the national territory have the mission to provide early understanding of the threat, but also of the opportunity areas. “It requires persistent forward engagements at points of vulnerability around the world. It requires soldiers to understand the political, cultural and geographic complexities of austere operating environments and the unique challenges faced by our allies and partners. It also requires an advanced understanding of our adversaries and the methods and tech they are employing to shift the competitive space to their advantage.”

Even though the recent statistics on global arming and arms race could suggest a potential conventional war, and the trend is not reassuring, there is no such conflict today and it seems that it would not even have a rational feasible objective to emerge in the near future. Current conflicts are conflicts of interest in the competition for power, influence, resources, outlets, they are regional, some of them are civil, some have a hybrid character, they involve expeditionary operations, military assistance missions, the fight against terrorism, or confrontations between military factions supported by certain state or non-state actors. In all these military activities SOF are used, and they outline, to some extent, the shape that a potential modern war could take.

Nowadays, such scenarios should not miss from the continue selection, formation, training and reaching processes of the SOF operators, and the specific capabilities must be adapted strategically, doctrinally, informationally and technologically, as soon as possible, at the realities of the future “modern war”.

Nowadays, such scenarios should not be missing in the processes of selection, professional formation, and continuous training of SOF operators, and specific capabilities must be strategically, doctrinally, informationally and technologically adapted as soon as possible to the realities of the future modern warfare.