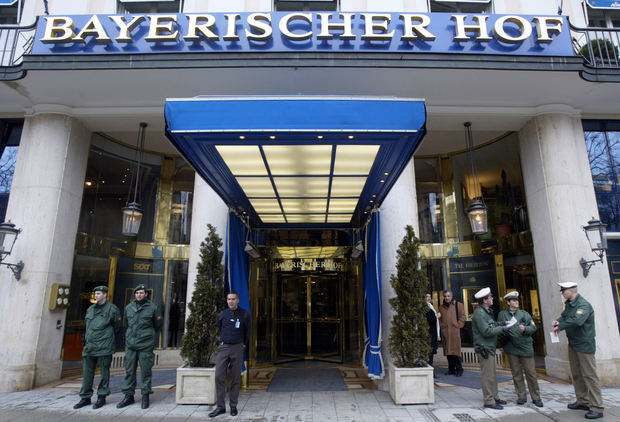 Between 15-17th of February 2019, in München, it will take place the annual Security Conference, a forum whereat there are debated world’s most important security issues. The state and governments leaders are presenting their perspectives and, hereof, are being taken the most important decisions that are governing the future of the countries they lead. It is unanimously known that 2019 is a year to have a high political intensity at a global level. It is the year wherein liberal democracy is fighting liberalism, true patriotism fights the declarative nationalism, populism the liberalism, not only as doctrinaire disputes, but also as security threats.

Conference’s planners have presented an exciting report which lists most of the world’s issues, hoping that participants will share their point of view.

Starting back in 1963, each year on February, it is held the Security Conference from München (SCM). It is an independent forum wherein the participants, policy makers of world’s states, are sharing their perspectives regarding the international security. There are explained decisions and attitudes, security paradigms changes, there are presented the perspectives on threats evolutions against the global security, there are analyzed the regional or global risk factors. Almost 350 leaders, of around 70 states, are participating at the conference and are joining debates in order to make enlightening conclusions regarding the security threats that are challenging world’s peace. There will be: chiefs of states, prime-ministers, ministers, parliaments’ members, political analysts and journalists.

Alike last year, the conference will be held at Bayerische Hof Hotel from München. Conference’s chairman will be, again, Wolfgang Friederich Ischinger, who has this position since 2008, when he replaced Horst Teltschik. Ischinger is a German diplomat, but also a university professor, 73 years old, former ambassador for Germany to US, between 2001-2006, and to Great Britain, between 2006-2008. As chairman, he succeeded to organize the conference and to moderate discussions openly, having an independent position.

Not by chance, the Security Conference from München is organized shortly after the World Economic Forum from Davos. The Bavarian city is, naturally, the host of world’s leaders; some of them have participated at discussions in the Swiss resort as well, to make that natural connection between the economic challenges and the security ones. This year, if in Davos it was debated the 4.0 Globalization and the Fourth Industrial Revolution, München should be focused on the security challenges that it involves and the necessary solutions to keep world’s peace in these new economic and financial circumstances.

Given the global political situation, which has many unanswered questions, participants cannot ask for responses to all of their questions, but they would like to hear the perspectives of some leaders on world’s future. This is the reason why there were a lot of policy makers who have announced their participation: Germany’s chancellor Angela Merkel, the Afghan president Ashraf Ghani, Egypt’s president, Fattah al-Sisi, Yang Jiechi, member of the Political Office of the Chinese Communist Party, Romania’s president Klaus Iohannis, Ukraine’s president, Piotr Porosenko, US’s vice-president, Mike Pence, a large delegation made of American congressmen ahead with Nancy Pelosi, the speaker of the Representatives Chamber, Russia’s Foreign Affairs Minister, Serghei Lavrov as well as other foreign ministers, the defence minister from Great Britain, France, Germany, Canada, Turkey and from other countries also, leaders of some important international organizations and other personalities.

In 2018, a series of articles written or coordinated by chairman Ischinger sought for answers for the current problems of international security, looking to challenge the participants at the Security Conference to join his debate and prepare possible answers.

As the Conference usually does, some days before starting to prepare the works, they are revealing a report which aims to orient the discussion towards world’s main issues. This year, report’s title is “The Great Puzzle. Who will pick up the pieces?”

The current world is a world of competitions. Now, the springboards are the US, China, Russia and a vacuum of leaderships related to international liberal order. This liberal order was deteriorated for a long time; hence, it will be hard to bring it back to where it was. If this will not be possible, is there a new global order which will not start major economic and/or political conflicts and bring back a stable peace in the world? These are some questions world’s leaders should answer these days.

This is the reason of the title presented above. Who is capable to pick up the pieces of this puzzle and place them back again? Will the followers of the international order after the World War II be able to, at least, keep some pieces of the puzzle and rebuild a new order?

The new global order will be, according to many analysts, a world of competitions between the great powers. At the same time, it will be a world wherein, again, great authoritarian powers will confront with the states that will upkeep their liberal construction concepts of a democratic world.

Analyzing the threats against the US security, the National Security Strategy and the National Defence Strategy are underlining that “we are heading into an era of sustained big-power competition for which the West, collectively, is under-prepared”. The US strategic documents are drawing the attention on the fact that Russia and China are the most important threats and, as the resignation letter of the former US Secretary of Defence, James Mattis, was mentioning regarding these two states” want to shape a world consistent with their authoritarian model- gaining veto authority over other nations’ economic, diplomatic, and security decisions- to promote their own interests at the expense of their neighbors, America and our allies”. This is the reason why Trump’s Administration has decided to adopt an assertive, forceful position against China and Russia.

The current relations between Russia and the US are governed by the situation created by both states’ pullout from the INF Treaty (Intermediate-Range Nuclear Forces). This situation can lead to a “missile crisis in Europe” and to a new arms race on this continent. Russia has the advantage that, with the current disputes between the European states and the US, that has contributed to, it will be hard for a deal to be made between NATO and EU to introduce these types of missiles in Europe and to equilibrate the power balance with Russia.

Another concerning element of the US-Russia relations is the doubtful enlargement of the new START Treaty, which expires in 2021. If it will not be signed, it will raise, along with the pullout from the INF Treaty, to a new arms race with ballistic missiles. However, one of the rarely mentioned aspects is that besides the fact that the US is investing in its Armed Forces more than any other state in the world, it also has more allies, like general Mattis was mentioning “nations with strong allies thrive. America's alliances are a durable, asymmetric advantage no competitor can match”.

On the other hand, the report, presented as an introduction for the Conference, is extremely critic against the Trump Administration, accusing US’s president decisions for undermining its credibility in honoring the promises and commitments made in front of the allies. It is mentioned the argument according to which Trump would have fired the exact personalities in the US who have supported the most the Trans-Atlantic security concept. Everyone expects, across the Conference, the answers and the guarantees the US vice-president, but also the other members of the American delegation, will offer the world and, especially, the allies whose security depends on the relation with the US.

It is also clearly mentioned that EU is not ready for the competition between world’s greatest powers. Given the current uncertainties regarding the future US involvement in the European security, it is also discussed the “Europe’s strategic autonomy” concept, which makes us think on the European army, so welcomed by some West-European states, however, which cannot be created sooner than 2040.

The European policy is not longer limited to the agreement between France and Germany on a certain problem, to be then followed by the entire Europe. Italy, Spain and Poland are states which can have their own perspectives. Radical nationalism and populism, which exists also inside the two states, are no longer allowing all European states to be on the same boat. In order to highlight the necessity of a common perspective for all the states having different national interests, Keiko Maas, the German minister of foreign affairs, is proposing a “multilateralists alliance”, to reach the national interests, but also the collective ones, through multilateralism.

It is approached, across the report, Europe’s separation process from the US, a dangerous concept for the European security, but especially for the Eastern Europe states, which have an unfortunate history regarding this type of international policy. It would be useful if US’s numerous and bipartisan delegation would support what the US Congress already ratified, which is the total support of the North-Atlantic Alliance, to eliminate the ambiguities and the confusions generated by some statements the US president made. Everyone agrees that there is no other option for the European security but NATO, or, as the report mentions, “there is no option B”.

A special attention goes to Great Britain and Brexit. It is mentioned an analyst who is underlining that the country is in a chaos that it provoked itself. Although the British prime-minister has stated that Europe’s security is also Great Britain’s security, we will have to see how much of enthusiasm it will have to ensure the security of the continent which has just stopped all negotiations. We should not forget that, at the same time, this country, that has global power valences, was a connection leverage for the Trans-Atlantic partnership, an appreciated European voice, and Queen of England, with the position she has, is connecting continents.

In the analysis dedicated to East of Europe, the report refers to the states of the Eastern Partnership, underlining their great insecurity level and political, economic and security dependency on Russia.

As it was presented, the initiation report of Security Conference’s discussions is firmly presenting a series of current world’s essential issues, wherefrom most of the questions refer to “What world do we want to build”? 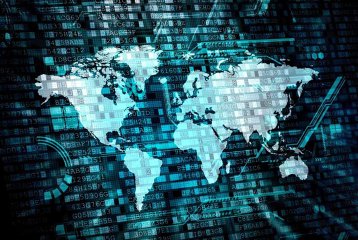 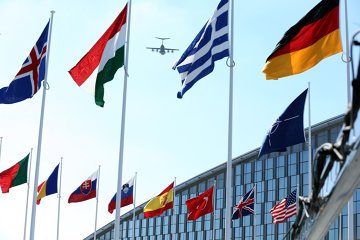