The Economic Forum in Davos- Globalization 4.0 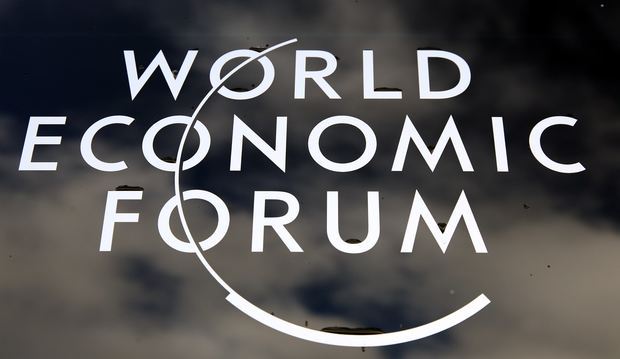 Between 22-25th of January 2019 in Davos, Switzerland, it will take place the World Economic Forum. This year, the topic of the famous meeting will be: “Globalization 4.0: shaping a global architecture in the age of the fourth industrial revolution”. There will be debated aspects related to the new world economic order across the globalization process of world’s fourth industrial revolution effects. They will search for solutions to avoid past’s mistakes that have led to the growth of economic gaps between states and the emergence of distrust feelings in global economic functioning mechanism or integration’s benefits. The consequences are all over the world today, like anti-globalization movements, radical nationalism and illiberal populism.

Davos is a small town in Switzerland, with a population of almost 11.000 inhabitants. The city is placed in Graubünden canton. Here, starting with 1971, each year, it takes place the World Economic Forum, where there are debated major economic problems which allow a better understanding of world’s current and future evolutions.

This year, the high-level meeting will take place between 22-25th of January. Around 3.000 representatives from businesses, governmental institutions, civil society fields, academic, art, culture and media environments will be there. Chiefs of states and governments and other important personalities of the contemporary society have confirmed their presence at the meeting. Among them, we could mention Japan’s prime-minister, Shinzo Abe, the German chancellor, Angela Merkel, prince William of Great Britain, New Zeeland’s prime-minister, Jacinda Ardern, the Italian prime-minister, Giuseppe Conte, Spain’s prime-minister, Pedro Sanchez, the Austrian chancellor, Sebastian Kurz, China’s vice-president, Wang Qishan, the president of Brazil, Jair Bolsonaro, the Israeli prime-minister, Benjamin Netanyahu and others.

Participants’ list representing the most important figures of the business world, but also representatives of the big corporations, is opened by Bill Gates, Microsoft’s owner.

Unfortunately, a series of leaders which should have explained the economic decisions taken in 2018, as well as the medium- and long-term intentions will not be part of this meeting. Donald Trump, who was supposed to come with five dignitaries, among them the Minister of Finances, has announced that it will not come, due to federal institutions blockage, started by him, in the issue about raising the wall at the border with Mexico, hence, he does no have finances for the trip.  Theresa May cannot participate as, because of Brexit, the situation in London is tense and she cannot be absent.

Emmanuel Macron will be in Paris, trying to find solutions for the tense situation related to “yellow vests” protests. Vladimir Putin did not confirm yet his participation, but he might appear in the end. Hence, we have the absence of the key actors who have built the current international system, at the end of the World War II and who are currently in the middle of the biggest challenges the world has faced for the last three quarters of century.

The topic of this year’s forum is: “Globalization 4.0: shaping a global architecture in the age of the fourth industrial revolution”.

The third industrial revolution, called also the digital revolution, has run out of resources in world’s developed states. Hereof it appeared the fourth industrial revolution, whose essence is the introduction of the of the biggest technologies in every day’s use, like: artificial intelligence, quantum computers, 3D printers and internet of things. The internet of things is Big Data’s descendant and it represents the interaction between singular intelligent devices, interconnected through the current internet infrastructure.

This year’s Forum in Davos will analyze how well-prepared at states, corporations and communities to use the new opportunities related to how we live, work and interact.

There is a clear difference between globalism and globalization: globalism is a theory which underlines that a state’s economic decision cannot be made but in relation with other states and hereof the interests of a state cannot be considered but connected with other states ones. Meanwhile globalism is a theory, globalization is an action lined up to it. It is obvious that the actual global order is old-fashioned. What was seen as a collective interest was, mainly, world’s strong states interest. This is why globalization led to the growth of the global income and the global development, but it has created, at the same time, huge breaches between states. The weak states have pauperized or, at least, have lagged, being unable to keep up with the strong ones which have had huge increases, which have generated the egoism specific to many of the rich, unwilling to wait for the weak ones. This phenomenon has created great inequities. In order to protect themselves, the powerful states want to create partnerships one with another (2-3 speeds Europe), meanwhile the weaker states, economically speaking, are doing the same (the Three Seas Initiative).

The globalization process had winners and losers. The winners are already known, but the losers not. States which took advantage from this process promised everyone that globalization, the way it was applied, will increase jobs number and salaries. This did not happen also for world’s poorest nations. This is the reason why the fourth form of globalization has to be more inclusive.

Complaints have led to populism and anti-globalization extension. These are talking about these promises’ breaks made by the rich ones to the poor ones. The gap between them has increased a lot lately. The globalization process, as it has developed, considered to be immoral, is threatening the liberal order of the world, stimulating the radial nationalism.

“4.0 Globalization” involves the redefinition of this phenomenon, simultaneous with four major transformations:

These new technologies are fading away the demarcation lines between physics, digital and biological fields. The technological evolution will change how people, companies and governments act, leading to society changes similar to previous industrial revolutions.

Regarding these aspects, Klaus Schwab, founder and executive president of World Economic Forum, was saying before the 2019 Forum began: “we are just at the beginning of globalization 4.0, and are significantly unprepared for the magnitude of change we are facing. We are still approaching issues of globalization with outdated mindset. Tinkering with out existing processes and institutions will not be enough. We need to redesign them so that we can capitalize on the abundance of new opportunities that await us, while also avoiding the kinds of disruptions that we are witnessing today”.

For the new “Globalization 4.0” leaders must learn from the past mistakes and build inclusive societies to allow the economic growth, but also to protect vulnerable communities. Also, it has to contribute to re-moralizing world’s global development.

Challenges are huge. There are states which are passing to world’s fourth industrial revolution, and also states which are still at the beginning of the third one, characterized by passing to state’s digitalization, seen as the central institution of state’s international functioning system. These huge gaps are vulnerabilities which can destabilize the states participating at the current transformation, like the history actually proved it.

The Economic Forum in Davos should respond also to a series of economic risks that states have to face in 2019. In order to highlight these risks, the Conference Board center of research already made a poll whereat have participated 800 CEOs of the biggest corporations in the US, Europe, China, Japan, Latin America and other countries too.

According to this poll, the risk of recession occupies the first place in China, Japan and Latin America. The US places it on the third position, meanwhile Europe on the second. We can conclude that in states with a more dynamic economy, the danger of an economic recession is more conspicuous.

In order to conduct the discussions towards human kind’s most important issues, before the start of Economic Forum’s works in Davos, participants had at their disposal the “Global Risk Report 2019”. The conclusion of this paperwork is that the increased risk of political confrontation between the big powers could lead to the ignoration of other risks, like climatic changes or cyber-attacks.

How the aspects discussed above will be mentioned and commented by the global leaders, we will see by tracking the Economic Forum evolution from Davos.