Donald Trump at the mid-point of his presidency. Major decisions which have changed the world (Part III) 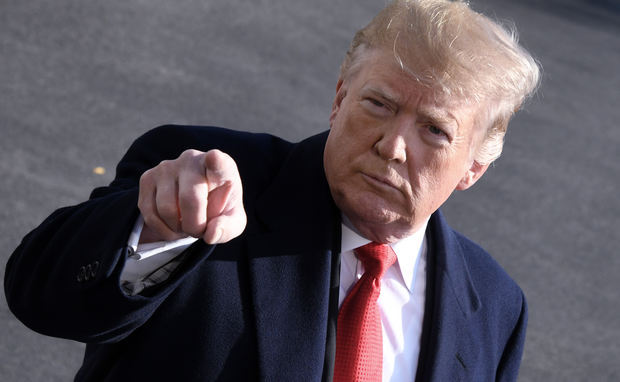 On the 11th of January 2019, the American military officials were announcing “the start of the willful pullout from Syria”, which was applying president Trump’s order expressed on 19th of December 2018. “We have defeated ISIS”, and “our boys, girls and people- they are all coming home and they are doing it now” says Trump, raising a wave of critics regarding what the press across the ocean considers to be “an interruption of a military campaign which, although it led to defeat the terrorist group ISIS, it will mean the concession to Russia and Iran of a country with vital strategic importance for the United States”.

The surprise is even bigger as the American administration was not impassive to the Syrian regime’s violent actions against its own citizens. On the 7th of April 2017, the president was authorizing an attack with cruise missiles over the Shayrat Air Base, as reprisals to Assad regime use of chemical weapons against the civil population. A year after that moment, on the 13th of April 2018, Trump was commanding a new round of attacks over three Syrian facilities identified as part of the Syrian governmental program of chemical weapons development. This time, the operation was being developed in coordination with the French and British military forces.

Middle East’s security matrix is extremely complicated. The war in Syria is the main factor of this matrix, an insecurity space which led to the last decades’ biggest humanitarian crisis, close to the western world. The unknowns of the battlefield situation evolutions are still deep, and the post-conflict scenarios are extremely volatile. Hereof the quasi-unanimity of regional security analyses’ conclusions which are warning over the critical danger the allies are exposed to, after the pullout of the American forces and the emergence of an authority gap, to be filled with violence and revenge.

Maybe the biggest “victim” of president Trump’s unilateral and unannounced decision is general James Mattis, United States Secretary of Defence. His resignation revealed the current disagreements inside the administration on fundamental security topics. The letter that was informing the president about the resignation went viral and was quoted a lot in evaluations regarding the future of common security of the transatlantic space and international security in general. To all of these, Mattis was saying: “While the US remains the indispensable nation in the free world, we cannot protect our interests or serve that role effectively without maintaining strong alliances and showing respect to those allies […] Similarly, I believe we must be resolute and unambiguous in our approach to those countries whose strategic interests are increasingly in tension with ours. It is clear that China and Russia, for example, want to shape a world consistent with their authoritarian model- gaining veto authority over other nations’ economic, diplomatic, and security decisions- to promote their own interests at the expense of their neighbors, America and our allies. That is why we must use all the tools of American power to provide for the common defense.”

Despite the advice of his military and civil counsellors and the complex technical and operational details of the battlefield realities, president Trump’s decision regarding the pullout from Syria is a proof of his firmness in following the policy to return home the American military forces dislocated for a long time all over the world, with a significant financial effort. The method this retreat will follow and the anticipative managements of its consequences could make the difference between drama and success, both with predictable historical effects for the inheritance to be left by the Trump Administration for the entire world.

On the 6th of December, president Trump was announcing his decision to recognize Jerusalem as the capital of Israel, saying that “today, we finally acknowledge the obvious”. Ulterior, the Administration from Washington was announcing, on 14th of May 2018, the relocation of the US embassy from Tel Aviv to Jerusalem, the move that was going to raise Arab world’s critics, as well as of the western allies. The decision was questioning US’s neutrality in the Israeli-Palestinian peace process and, implicitly, Washington’s mediator role in one of the most complex international security files.

In fact, president Trump’s gesture is a campaign promise made to some Jewish and American evangelist lobby groups, however, according to some analysis on this topic, he is risking to endanger administration’s “major goal”, to bring the “Israeli-Arab peace”.

Accordingly, with the battlefield’s records, no one can say that the decision to recognize Jerusalem as the capital of Israel has significantly changed the events. Despite some turbulence of the status quo which existed for a quarter of a century, manifested through Palestinians from Gaza Strip’s demonstrations and violence, increased by the Hamas group, the general security situation did not change too much. However, chasing its objectives, the Trump Administration will have to convince the international community that it can continue to be at least a trustable voice, if not neuter, in mediating the positions of the two parts at conflict.

A checklist in the midst of the mandate

Recording the firmness president Donald Trump is following his electoral campaign promises with, any attempt to speculate the major decisions of his Administration during the second half of this mandate, as well as their long-term effects, can start without being afraid to fail, from seeing what he has accomplished so far.

2.    Denouncing or renegotiating the trade agreements seen as disadvantageous for the United States. Washington has decided to withdraw from the TTP and renegotiate NAFTA, as well as to go to a “trade war” with China. Promise partially accomplished.

3.    Defeating ISIS. The American forces have developed operations against ISIS in Afghanistan, Iraq and Syria. There are enough proofs to support the president’s statements that the terrorist group is practically destroyed. Yet, there are still some elements of it, especially militants, including leaders, spread throughout the region. Promise partially accomplished.

5.    United States’ pullout from NATO. Before installing at the White House, Donald Trump questioned many times Alliance’s benefits, calling it “old-fashioned”. Therewith, he stated, in many interviews, that the US will not militarily interfere to defend a member state if attacked by Russia, “if that state did not accomplish all its commitments against us”. However, during his mandate, the president reaffirmed repeatedly United States commitment to NATO, many times calling on allies’ broken financial commitments on the common budget. End of discussion?

6.    Renewing the nuclear arsenal. During his campaign, Donald Trump expressed his concerns on the American nuclear arsenal shabbiness and suggested that some investments should be made to “update it”. US’s imminent pullout from the INF treaty announced in December 2018 by Mike Pompeo is a first step which could be related to the United States’ strategy to rethink its nuclear military profile. Anyhow, the modernization process of the nuclear capacities will take some time. An initial estimation of the necessary budget to accomplish this promise, made by the Congress, is $400 million for the 2017-2026 period.

7.    Stopping illegal immigration. Donald Trump has signed the executive “Muslims ban” order reviewed, ulterior, many times. Promise accomplished, with some effects to be evaluated in court.

8.    Moving the US embassy from Israel to Jerusalem. Promise accomplished

9.    Raising a wall at the border with Mexico, paid by the Mexican government. Trump’s Administration pressures over Congress led to financial blockage for a great part of the federal institutions. At the moment, there is no perspective to solve this political conflict. As for the coverage of the Mexican government’s costs, there is not that much to say. Anyhow, until now, no steps forward were made for the wall’s construction. Promise unaccomplished.

Along all of these, the Trump Administration took a series of measures on an internal plan, also related to the campaign’s promises. Taxes’ level for businesses was reduced, as well as a series of taxes applied for the labor force. He attacked in court the health care system reform promoted by the Obama Administration, getting to declare the Affordable Care Act Law (ACA) unconstitutional, in December 2018. He started the process to remake the transport, railway and airporter infrastructure, although the amounts allocated until now are lower than president’s initial demands. He relaunched the energetic industry. He reduced bureaucracy in an unseen rhythm, repealing 12 regulations for each newly approved rule. And the list can go on.

At the mid-point of Trump’s presidency, we can say that the major decisions and measures were taken so far had strongly economic reasons. Actually, United States’ entire behavior across the international system started from economic reasons, based on the increased perspective of the general wealth and businesses competences, the decrease of trade deficits, dollar’s strengthening, the equilibrium of international security’s cost-benefit balances and the protection of the American intellectual property.

All of these had significant effects across the foreign and security policy of the United States. The common denominator of the consequences seems to have been the lack of predictability. Moreover, the lack of predictability gains a double significance, being noticeable, on one hand, in the reserved attitude against the majority of US’s traditional allies and partners and, on the other hand, in the big number of changes made inside the Administration. The latter was determined by the lack of communication regarding essential visions for ensuring coordination on important national and international security topics.

A great part of the analysts across the ocean is calling this policy as “transactional-based” and tributary to a “bilateral formats predilections”. Also, this would follow a “mercantilist international economic policy model”, it would place “human rights” and “rule of law’s” principles on the second plan and would promote “nationalism and unilateralism in the detriment of multilateralism”.

All of these aside, we should not forget that president Trump has won the elections on a platform which is questioning the efficiency of the traditional benchmarks of the great American strategy to shape the international system, raised from the integrative and unilateralist principles of liberal democracy and consolidated military alliances benefits. Reaffirming the basic fundamental force dimensions of the power, specific to realistic paradigm and the international relations theory and security studies, has produced significant changes in the national American security and defence strategies, by switching the focus from the terrorist competition to the competition between the big powers and reconfirmation of the state as the central analysis and functioning unity of the international system.

Furthermore, following the logic of this paradigm, history has shown us that in international businesses there are no everlasting friends or enemies. Each cooperation context must be valorized pragmatically to get maximum mutual benefits from a favorable, but temporary situation, especially at hard times. The pullout from the international treaties, especially the economic ones, opens this possibility door to create positive binomials, incorporated on extremely small and volatile opportunity windows. In fact, Donald Trump is not but institutionalizing an older realistic tendency of cooperation, that Barack Obama was calling “common respect for common interests”. Today, the methods and techniques are different.

Despite debates’ extremely diversified tonalities on the impact president Donald Trump’s decisions have over the international system and the global order, it is untimely to make some conclusions about the success of the “America First” policy, now that we are at the midst of White House’s Administration mandate. We must avoid classifying’s illusion and partisanship’s safety. Major changes do not lead to short-term effects, and their effects cannot be only numbers, even if these numbers have lots of zeros. We will let history validate the benefits of today’s world transformations, and the main judges will the people whose only ambition, that lasted for centuries, regardless of the philosophy, geography or social model was a better, safer and prosperous world.